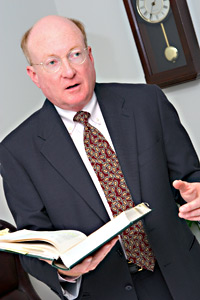 We collect attorney fees from the unit owner or lender. Raymond Harrison has advocated on behalf of the Rhode Island condominium community at the State House for many years.

He has written a number of legislative bills and has worked for their passage at the Rhode Island General Assembly. He regularly testifies in support of such legislation before committees of the general assembly.

Admitted to the practice of law in Rhode Island in 1985, Raymond Harrison maintains an office with three other practicing attorneys within a mile of the junction of Rte. 295 and Rte. 95 in Warwick, Rhode Island.

In 1987 Raymond Harrison organized the Smithfield Condominium Coalition and began to fight for municipal services for condos. In 1988, the Town of Smithfield became the first municipality in Rhode Island to include residential condominiums in the Town’s trash removal program. Raymond Harrison believes that condo residential unit owners and associations are victims of discrimination when they do not receive all of the services municipalities provide to single family home owners.

He has battled on behalf of Unit Owners and Associations in other cities and towns in Rhode Island as part of the battle against discrimination. 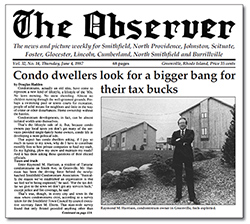 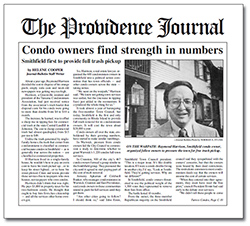 Since the early 1990’s, Raymond Harrison has worked for passage of a bill he has written to prohibit municipalities from discriminating against Unit Owners and Associations.