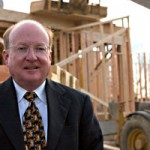 He has battled on behalf of Unit Owners and Associations in other cities and towns in Rhode Island as part of the battle against discrimination.